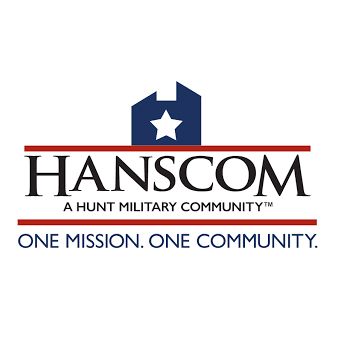 Hanscom Family Housing, a Hunt Military Community, is honored to announce its employees have been "coined" by the Coast Guard Commander Captain Eric Doucette, and in the presence of Hanscom Wing Commander, COL Chad Ellsworth for helping support Coast Guard families impacted by the government shutdown. Being coined by military leadership is one of the greatest accolades a person can receive.

"Being given this coin from Captain Doucette as a complete shock to myself and my team," stated Kelley Casey, Hanscom Family Housing Community Director. "We are 100% committed to taking care of all of our families and when we hear that so many of our Coast Guard families were struggling after not getting paid, we knew we had to do something. This has definitely been a team effort and I am truly honored to have received this coin on the entire team's behalf."

Hanscom Family Housing is home to approximately 80 Coast Guard families who have not received a paycheck since the government shutdown began. The team has been collaborating on ways to help ease some of the burdens families are facing as a result of not getting paid. In addition to not assessing any late rental fees, Hanscom Family Housing, along with its Air Force partner have also organized the following:

• Free pizza delivery for Coast Guard families
• Pot luck dinners
• Hanscom Community Center being utilized as a drop off point for all donations
• Town Hall gathering supplies for a food pantry
• Coast Guard residents treated to a free movie at the base theatre
Hanscom Family Housing has also received a number of financial donations from residents, many who want to remain anonymous, that were handed out to families in need.

"The amount of support we have seen not only from our residents here at Hanscom but from the entire community has been overwhelming," concluded Kelley Casey, "We know that we can't make this shutdown go away but we can do as much as possible to help make it a little bit easier for these families. Until the shutdown is over, we will continue to be offering our services to help as much as we can."

According to the Hanscom Air Force Base webpage, approximately 13% of people stationed at Hanscom are Coast Guard.

About Hunt Military Communities
Hunt's Military Communities division is a 50-year partnership created between the Department of Defense and Hunt through the Military Housing Privatization Act. As part of the partnership, Hunt owns approximately 52,000 units spread across more than 40 military installations on Navy, Air Force, Marine Corps, and Army installations and is the largest privatized military housing developer in the nation.

As a Hunt employee, you will be helping our organization build value—and as your employer, we'll be committed to helping you build value, both personally and professionally. If you are talented, energetic, and customer-service oriented let's chat!